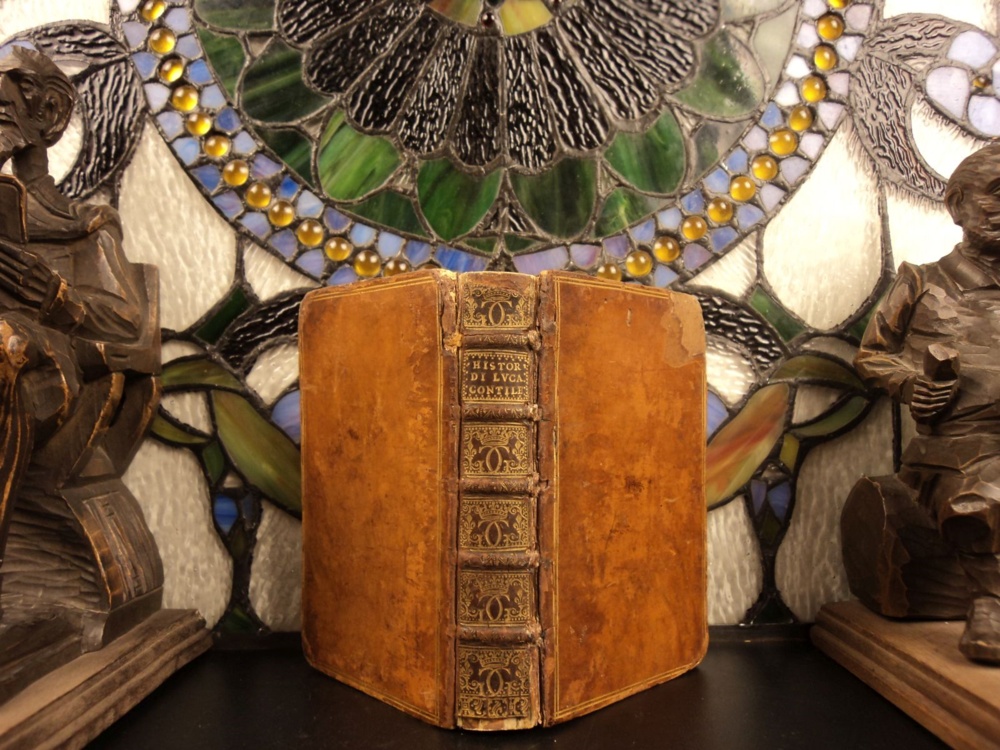 We do not find any other 16th-century examples of this same book for sale anywhere else worldwide! 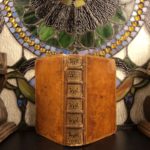 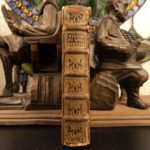 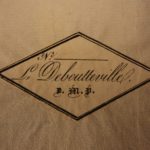 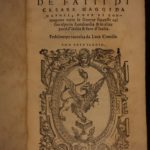 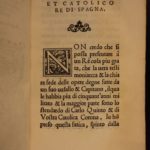 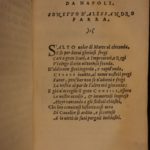 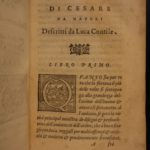 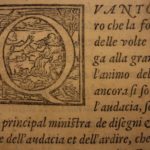 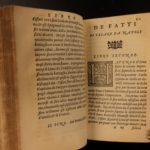 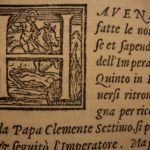 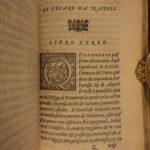 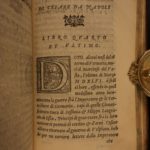 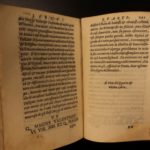 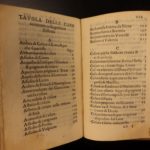 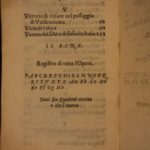 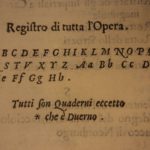 Extremely Rare with None Selling Worldwide

We do not find any other 16th-century examples of this same book for sale anywhere else worldwide!

Pages: complete with all 247 pages; plus indexes, prefaces, and such

Luca Contile ( Cetona , 1505 – Pavia , October 28 1574 ) was a writer , playwright , poet , historian , diplomat and polygraph Italian whose many works currently have an interest especially for their documentary value.

Belonging to an aristocratic family fallen, he humanities, first to Siena and then to Bologna , who stopped to enter the service of princes and clerics . Thus began a period of meetings and travel that allowed him to actively participate in the cultural life of Italian and European ; his works are therefore the mirror, rather than a reflection, of life courtesan and academic of the Italian sixteenth century .

It was in the service of Cardinal Agostino Trivulzio in Rome from 1527 to 1542 ; Rome took an active part all ‘ Academy of Virtue , a group founded by Claudio Tolomei of which were part among others Annibal Caro , Marc Antonio Flaminio and Francesco Molza . In 1542, left the card. Trivulzio was the service Alfonso d’Avalos , Marquis of Vasto, on whose behalf he went on a diplomatic mission to Worms . Marquis died in 1546 , remained at the service of the widow Maria of Aragon until March 1548 , when he was hired by Ferrante Gonzaga , governor of Milan, on whose behalf he held diplomatic missions in Naples and in Poland ( 1550 ) .During 1549, he accompanied the wife of Gonzaga, Isabella de Capua, on a journey to the estates owned by the noblewoman; this task had been given just to constantly send news of Isabella to her husband because she was not in good health. The failed with the governor of Milan, in 1552 passed the employ of ‘ Archbishop of Trento Cristoforo Madruzzo , to whose service he remained until 1558 when he was fired for writing satirical poems. It was then for a time in Venice, to the Venetian general Sforza Pallavicino service from Fiorenzuola; Venice was welcomed in ‘ Venetian Academy . This period was also salaried by the Duke of Parma Ottavio Farnese . He returned to Milan in 1560 at the Avalos, on the recommendation of the Duke Pescara in 1562 was appointed by the Spanish Commissioner in Pavia , the city where he remained until his death devoting himself to study historical and actively participating at ‘ Academy of Rely .

How Contile was a versatile writer polygraph . In the opinion of Tiraboschi , Contile “was very learned man, and very worthy of good letters; therefore worthy of more special memorial” [1] . He wrote:

works in verse , including two eloghe allegorical of laudatory character (the Nice and the ‘Agia), a collection of political ciontenuto (The six sisters of Mars: he advocated an alliance between the Venetian Republic and the Kingdom of Spain of Philip II ) and Rime on Petrarch’s model which were nevertheless admired by Francesco Patrizi

works of history (the ‘Istoria de’ made ​​by Cesare Maggi from Naples, the wars in Italy in the first half of the ‘500 and the’ Story of the things that occurred in the Kingdom of England after the death of Edward VI, however, published in signing Raviglio Giulio Rosso in Venice in 1558 [2] )

Letters, among the most important of the sixteenth century

Luca Contile, The Agia eclogue of Contile recited by the above humana woman Hipolita Gonzaga, and many of his other ladies. Mediolani: excudebant Valerius, et Hieronymus methyl, year 1552

Luca Contile, the Contile Discourse on them the five senses of the body into the seam of a sonnet of Mr. Giuliano Gosellini. Milan: Valerio and Jerome Meda, 1552

Luca Contile, Building of the Academy of Rely of Pavia (in the “Speech” by Luca Contile. Introductory notes Caesar Repossi and Renato Marchi. Pavia: Press de ‘Ricci, the press in 1989

Luca Contile, La historia de facts of Cesare Maggi from Naples, doue will contain all the wars happened in his time in Lombardy and elsewhere in Italy and out of Italy. Faithfully collected by Luca Contile. In the illustrious city of Pauia: hereinafter Jerome Bartoli, 1564

Luca Contile, Reasoning Luca Contile over the property of the companies with the special of the Academici Trust et with interpretationi et chronic. In Pauia: hereinafter Jerome Bartoli, 1574