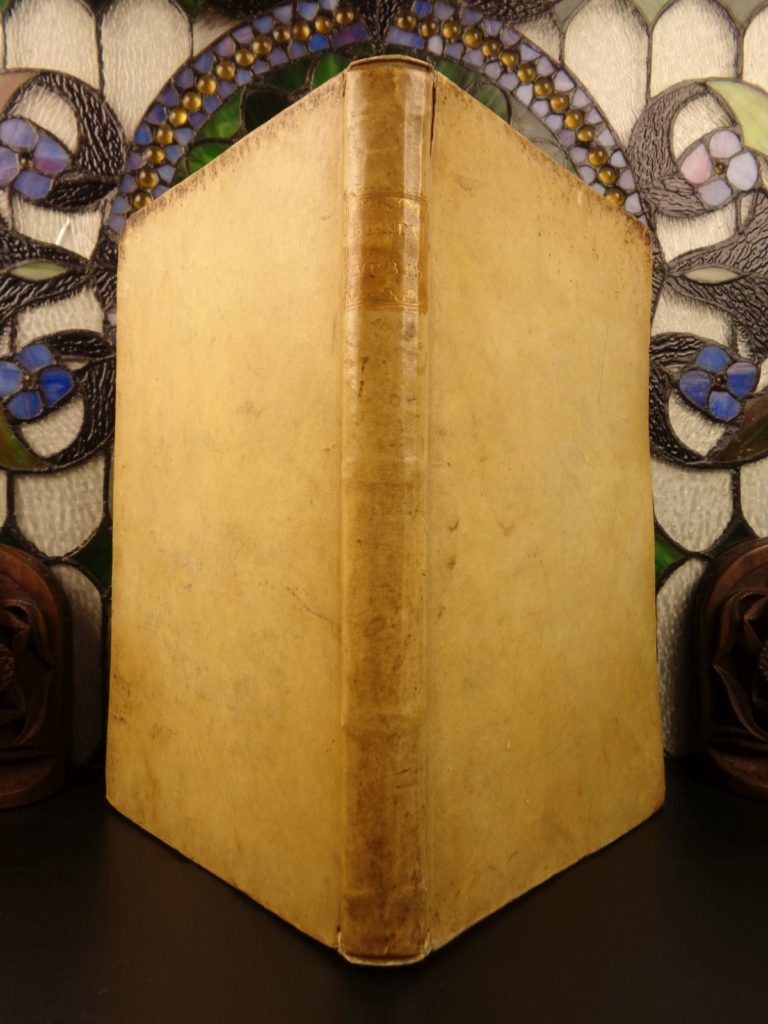 A very rare 16th-century on Roman Catholic Law during the pontificate of Pope Gregory XIII.

Pope Gregory XIII (1502 – 1585), born Ugo Boncompagni, was Pope of the Catholic Church from 13 May 1572 to his death in 1585. He is best known for commissioning and being the namesake for the Gregorian calendar, which remains the internationally accepted civil calendar to this day. 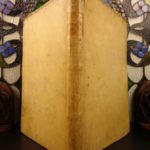 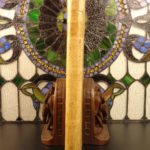 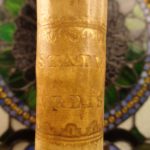 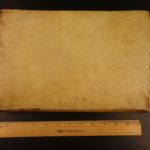 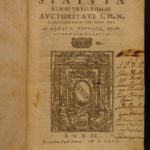 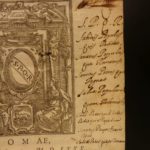 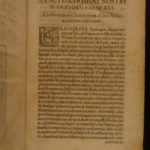 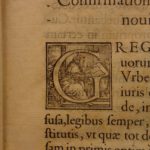 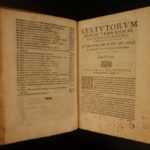 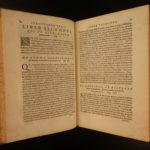 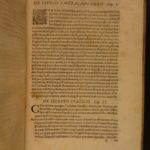 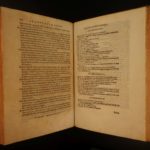 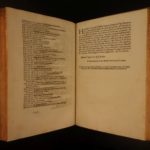 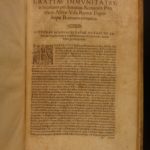 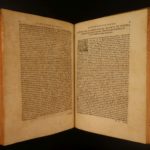 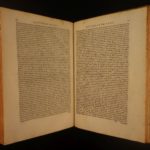 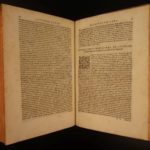 A very rare 16th-century on Roman Catholic Law during the pontificate of Pope Gregory XIII.

Pope Gregory XIII (1502 – 1585), born Ugo Boncompagni, was Pope of the Catholic Church from 13 May 1572 to his death in 1585. He is best known for commissioning and being the namesake for the Gregorian calendar, which remains the internationally accepted civil calendar to this day.

Pope Gregory XIII (Latin: Gregorius XIII; 7 January 1502 – 10 April 1585), born Ugo Boncompagni, was Pope of the Catholic Church from 13 May 1572 to his death in 1585. He is best known for commissioning and being the namesake for the Gregorian calendar, which remains the internationally accepted civil calendar to this day.

During his pontificate, Gregory fostered cultural patronages associated with his papacy. He strengthened many ecclesiastical and diplomatic envoys to Asia, namely the islands of Japan and the Philippines. He was also the first Pope to bestow the Immaculate Conception as Patroness to the Philippine Islands on 9 February 1579 through the Papal Bull Ilius Fulti Præsido.

Ugo Boncompagni was born the son of Cristoforo Boncompagni (10 July 1470 – 1546) and of his wife Angela Marescalchi in Bologna, where he studied law and graduated in 1530. He later taught jurisprudence for some years, and his students included notable figures such as Cardinals Alexander Farnese, Reginald Pole and Charles Borromeo. He had an illegitimate son after an affair with Maddalena Fulchini, Giacomo Boncompagni, but before he took holy orders.[1]

At the age of thirty-six he was summoned to Rome by Pope Paul III (1534–1549), under whom he held successive appointments as first judge of the capital, abbreviator, and vice-chancellor of the Campagna. Pope Paul IV (1555–1559) attached him as datarius to the suite of Cardinal Carlo Carafa, Pope Pius IV (1559–1565) made him Cardinal-Priest of San Sisto Vecchio and sent him to the Council of Trent.

He also served as a legate to Philip II of Spain (1556–1598), being sent by the Pope to investigate the Cardinal of Toledo. It was there that he formed a lasting and close relationship with the Spanish King, which was to become very important in his foreign policy as Pope.

Upon the death of Pope Pius V (1566–1572), the conclave chose Cardinal Boncompagni, who assumed the name of Gregory XIII in homage to the great reforming Pope, Gregory I (590–604), surnamed the Great. It was a very brief conclave, lasting less than 24 hours. Many historians have attributed this to the influence and backing of the Spanish King. Gregory XIII’s character seemed to be perfect for the needs of the church at the time. Unlike some of his predecessors, he was to lead a faultless personal life, becoming a model for his simplicity of life. Additionally, his legal brilliance and management abilities meant that he was able to respond and deal with major problems quickly and decisively, although not always successfully.

Once in the chair of Saint Peter, Gregory XIII’s rather worldly concerns became secondary and he dedicated himself to reform of the Catholic Church. He committed himself to putting into practice the recommendations of the Council of Trent. He allowed no exceptions for cardinals to the rule that bishops must take up residence in their sees, and designated a committee to update the Index of Forbidden Books. He was the patron of a new and greatly improved edition of the Corpus juris canonici. In a time of considerable centralisation of power, Gregory XIII abolished the Cardinals Consistories, replacing them with Colleges, and appointing specific tasks for these colleges to work on. He was renowned for having a fierce independence; some confidants noted that he neither welcomed interventions nor sought advice. The power of the papacy increased under him, whereas the influence and power of the cardinals substantially decreased.

Also noteworthy is his establishment of the Discalced Carmelites, an offshoot of the Carmelite Order, as a distinct unit or “province” within the former by the decree “Pia consideratione” dated 22 June 1580,[2] ending a period of great difficulty between them and enabling the former to become a significant religious order in the Catholic Church.

Formation of clergy and promotion of the arts and sciences[edit]

A central part of the strategy of Gregory XIII’s reform was to apply the recommendations of Trent. He was a liberal patron of the recently formed Society of Jesus throughout Europe, for which he founded many new colleges. The Roman College of the Jesuits grew substantially under his patronage, and became the most important centre of learning in Europe for a time, known as the University of the Nations.[citation needed] It is now named the Pontifical Gregorian University. Pope Gregory XIII also founded numerous seminaries for training priests, beginning with the German College at Rome, and put them in the charge of the Jesuits.

In 1575 he gave official status to the Congregation of the Oratory, a community of priests without vows, dedicated to prayer and preaching (founded by Saint Philip Neri). In 1580 he commissioned artists, including Ignazio Danti, to complete works to decorate the Vatican and commissioned The Gallery of Maps.

Also noteworthy during his pontificate as a further means of putting into practice the recommendations of the Council of Trent is the transformation in 1580 of the Dominican studium founded in the 13th century at Rome into the College of St. Thomas, the precursor of the Pontifical University of St. Thomas Aquinas, Angelicum.

Detail of the tomb of Pope Gregory XIII celebrating the introduction of the Gregorian calendar.

Pope Gregory XIII is best known for his commissioning of the calendar after being initially authored by the Calabrian doctor/astronomer Aloysius Lilius[3][4] and with the aid of Jesuit priest/astronomer Christopher Clavius who made the final modifications. The reason for the reform was that the average length of the year in the Julian calendar was too long – as it treated each year as 365 days, 6 hours in length, whereas calculations showed that the actual mean length of a year is slightly less (365 days, 5 hours and 49 minutes) As a result, the date of the actual vernal equinox had slowly (over the course of 13 centuries) slipped to 10 March, while the computus (calculation) of the date of Easter still followed the traditional date of 21 March.

This was verified by the observations of Clavius, and the new calendar was instituted when Gregory decreed, by the papal bull Inter gravissimas of 24 February 1582, that the day after Thursday, 4 October 1582 would be not Friday, 5 October, but Friday, 15 October 1582. The new calendar duly replaced the Julian calendar, in use since 45 BC, and has since come into universal use. Because of Gregory’s involvement, the reformed Julian calendar came to be known as the Gregorian calendar.

The switchover was bitterly opposed by much of the populace, who feared it was an attempt by landlords to cheat them out of a week and a half’s rent. However, the Catholic countries of Spain, Portugal, Poland, and Italy complied. France, some states of the Dutch Republic and various Catholic states in Germany and Switzerland (both countries were religiously split) followed suit within a year or two, and Hungary followed in 1587.

However, more than a century passed before Protestant Europe accepted the new calendar. Denmark, the remaining states of the Dutch Republic, and the Protestant states of the Holy Roman Empire and Switzerland adopted the Gregorian reform in 1700–01. By this time, the calendar trailed the seasons by 11 days. Great Britain and its American colonies reformed in 1752, where Wednesday, 2 September 1752 was immediately followed by Thursday, 14 September 1752; they were joined by the last Protestant holdout, Sweden, on 1 March 1753.

The Gregorian calendar was not accepted in eastern Christendom for several hundred years, and then only as the civil calendar.[5] The Gregorian Calendar was instituted in Russia by the Bolsheviks in 1917, Romania accepted it in 1919 under king Ferdinand of Romania (1 November 1919 became 14 November 1919), Turkey in 1923 under Atatürk, and the last Orthodox country to accept the calendar was Greece also in 1923.[citation needed]

While some Eastern Orthodox national churches have accepted the Gregorian calendar dates for feast days that occur on the same date every year, the dates of all movable feasts (such as Easter) are still calculated in the Eastern Orthodox churches by reference to the Julian calendar.[citation needed]

The Japanese ambassadors of Tennsho, Keisho, headed by Mancio Ito to Pope Gregory XIII in 1585.

Though he expressed the conventional fears of the danger from the Turks, Gregory XIII’s attentions were more consistently directed to the dangers from the Protestants. He also encouraged the plans of Philip II to dethrone Elizabeth I of England (reigned from 1558–1603), thus helping to develop an atmosphere of subversion and imminent danger among English Protestants, who looked on any Roman Catholic as a potential traitor.[citation needed]

In 1578, to further the plans of exiled English and Irish Catholics such as Nicholas Sanders, William Allen, and James Fitzmaurice FitzGerald, Gregory outfitted adventurer Thomas Stukeley with a ship and an army of 800 men to land in Ireland to aid the Catholics against the Protestant plantations.[citation needed] To his dismay, Stukeley joined his forces with those of King Sebastian of Portugal against Emperor Abdul Malik of Morocco instead.

Another papal expedition sailed to Ireland in 1579 with a mere 50 soldiers under the command of Fitzmaurice, accompanied by Sanders as papal legate.[citation needed] All of the soldiers and sailors on board, as well as the women and children who accompanied them, were beheaded or hanged on landing in Kerry, in the Smerwick Massacre. Gregory’s greatest success came in his patronage of colleges and seminaries which he founded on the Continent for the Irish and English, among others.

In 1580 he was persuaded by English Jesuits to moderate or suspend the Bull Regnans in Excelsis (1570) which had excommunicated Queen Elizabeth I of England. Catholics were advised to obey the queen outwardly in all civil matters, until such time as a suitable opportunity presented itself for her overthrow.[6]

Pope Gregory XIII had no connection[citation needed] with the plot of Henry, Duke of Guise, and his brother, Charles, Duke of Mayenne, to assassinate Elizabeth I in 1582.

After the St. Bartholomew’s Day Massacres of Huguenots in France in 1572, Pope Gregory celebrated a Te Deum mass. However, some hold that he was ignorant of the nature of the plot at the time, having been told the Huguenots had tried to take over the government but failed. [7] Three frescoes in the Sala Regia Palace of the Vatican depicting the events were painted by Giorgio Vasari, and a commemorative medal was issued with Gregory’s portrait and on the obverse a chastising angel, sword in hand and the legend UGONOTTORUM STRAGES (“Massacre of the Huguenots”).