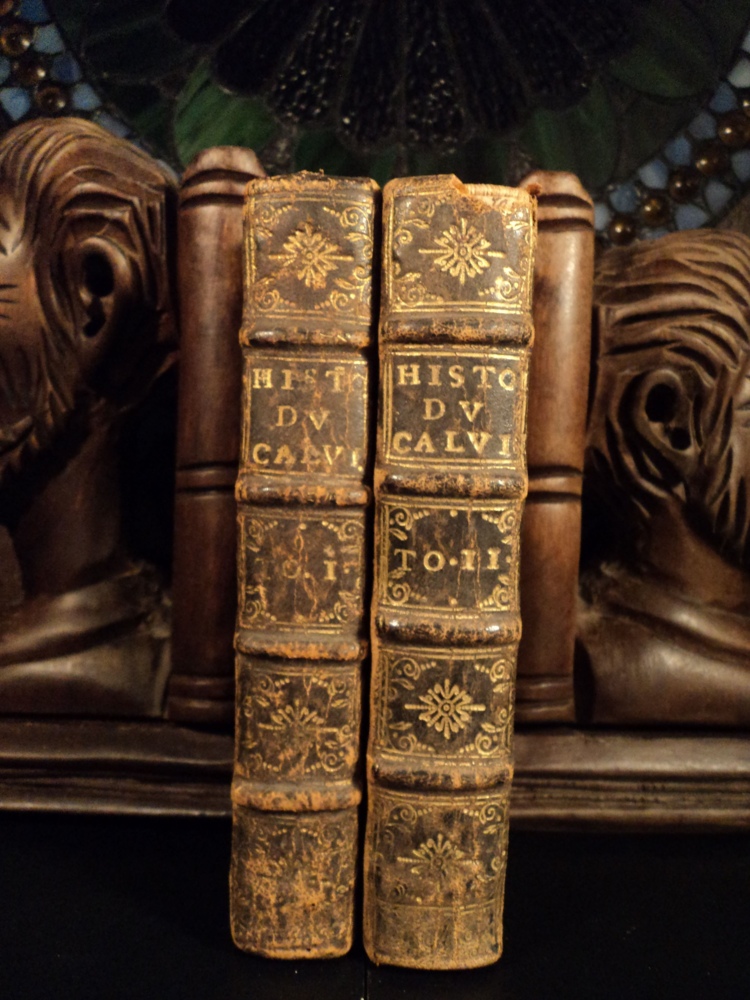 We find other examples of this same first edition for sale elsewhere! Compare at as much as $1,100! 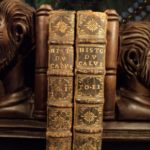 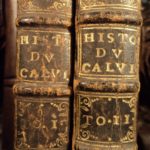 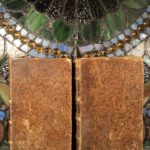 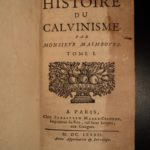 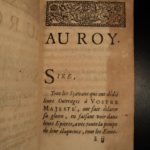 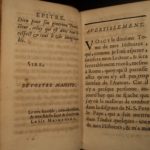 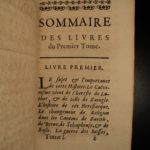 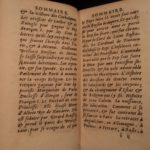 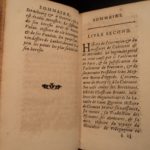 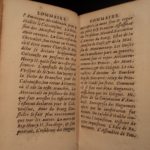 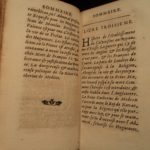 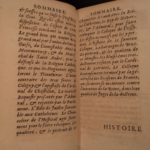 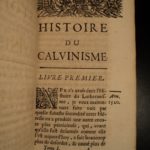 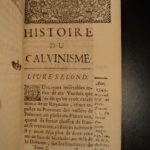 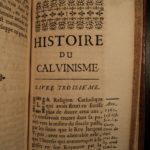 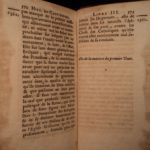 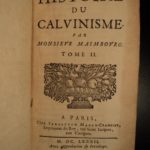 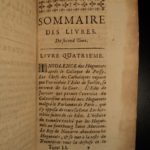 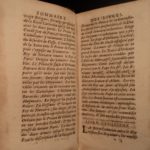 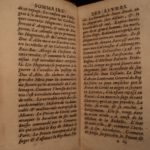 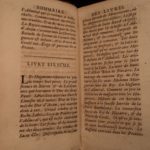 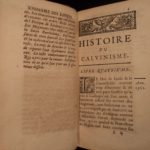 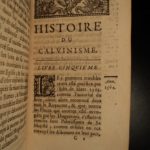 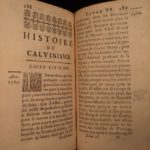 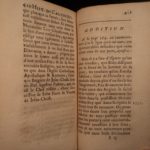 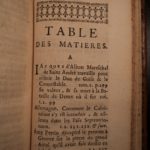 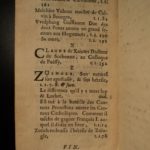 We find other examples of this same first edition for sale elsewhere! Compare at as much as $1,100!

Born at Nancy, Maimbourg entered the Society of Jesus at the age of sixteen, and after studying at Rome became a classical master in the Jesuit college at Rouen. He afterwards devoted himself to preaching, but with only moderate success. After having taken some part in minor controversies he threw himself with energy into the dispute which had arisen as to the Gallican liberties; for his Traité historique de l’établissement et des prérogatives de l’Eglise de Rome et de ses évêques (1682) he was by command of Innocent XI expelled from the Society, but rewarded by Louis XIV with a residence at the abbey of St Victor, Paris, and a pension.

His numerous works include histories of Arianism, the iconoclastic controversy, the Greek schism, Lutheranism, Calvinism, and of the pontificates of Leo I and Gregory I; they are mere compilations, written indeed in a very lively and attractive style, but inaccurate and untrustworthy.