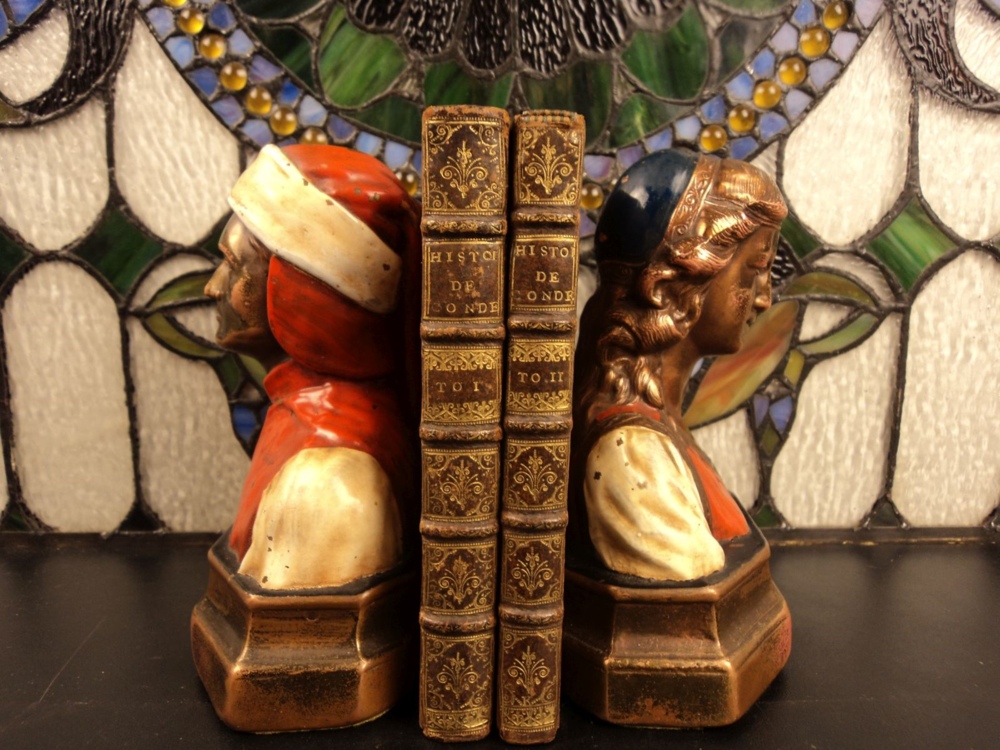 Louis de Bourbon, Prince of Condé (1621 – 1686) was a French general and the most famous representative of the Condé branch of the House of Bourbon. Prior to his father’s death in 1646, he was styled the Duc d’Enghien. For his military prowess he was renowned as le Grand Condé. 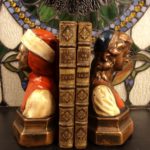 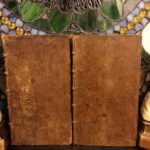 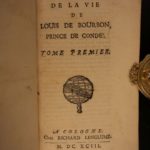 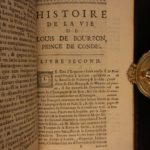 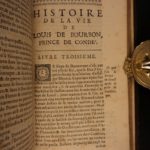 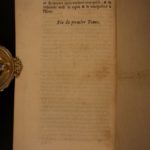 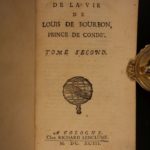 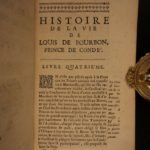 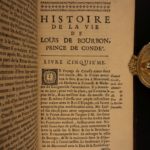 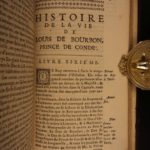 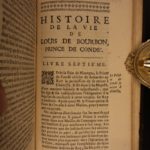 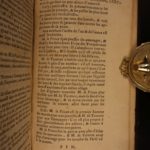 Louis de Bourbon, Prince of Condé (1621 – 1686) was a French general and the most famous representative of the Condé branch of the House of Bourbon. Prior to his father’s death in 1646, he was styled the Duc d’Enghien. For his military prowess he was renowned as le Grand Condé.

Louis de Bourbon, Prince of Condé (8 September 1621 – 11 December 1686) was a French general and the most famous representative of the Condé branch of the House of Bourbon. Prior to his father’s death in 1646, he was styled the Duc d’Enghien. For his military prowess he was renowned as le Grand Condé.

Louis was born in Paris, the son of Henri de Bourbon, Prince de Condé and Charlotte Marguerite de Montmorency. His father was a first cousin-once-removed of Henry IV, the King of France, and his mother was an heiress of one of France’s leading ducal families.

Conde’s father saw to it that his son received a thorough education – Louis studied history, law, and mathematics during six years at the Jesuits’ school at Bourges. After that he entered the Royal Academy at Paris. At seventeen, in the absence of his father, he governed Burgundy.

Signature of Gaston, Duke of Orléans at the marriage of the Louis, and Claire Clémence de Maillé on 7 February 1641

His father betrothed him to Claire-Clémence de Maillé-Brézé, niece of the powerful Cardinal Richelieu, chief minister of the king, before he joined the army in 1640. Despite being barely twenty years of age and in love with Mlle du Vigean (Marthe Poussard, called mademoiselle du Vigean, daughter of the king’s gentleman of the bedchamber François Poussard, marquis de Fors and baron du Vigean, by his wife Anne de Neubourg, daughter of Roland, sieur de Sercelles), he was compelled by his father to marry his fiancée, a child of thirteen.[1] Although she bore her husband three children, Enghien later claimed she committed adultery with different men in order to justify locking her away at Châteauroux, but the charge was widely disbelieved: Saint-Simon, while admitting that she was homely and dull, praised her virtue, piety and gentleness in the face of relentless abuse.[2]

Enghien took part with distinction in the siege of Arras. He also won Richelieu’s favor when he was present with the Cardinal during the plot of Cinq Mars, and afterwards fought in the Siege of Perpignan (1642).

Battle of Rocroi, 19 May 1643, the duc d’Enghien ordering his troops to stop fighting the Spanish, who have come to him to surrender

In 1643 Enghien was appointed to command against the Spanish in northern France. He was opposed by experienced generals, and the veterans of the Spanish army were held to be the toughest soldiers in Europe. The great Battle of Rocroi (19 May) put an end to the supremacy of the Spanish army and inaugurated the long period of French military predominance. Enghien himself conceived and directed the decisive attack, and at the age of twenty-two won his place amongst the great generals of the 17th century.

After a campaign of uninterrupted success, Enghien returned to Paris in triumph, and tried to forget his enforced and hateful marriage with a series of affairs (after Richelieu’s death in 1642 he would unsuccessfully seek annulment of his marriage in hopes of marrying Mlle du Vigean, until she joined the order of the Carmelites in 1647).[2] In 1644 he was sent with reinforcements into Germany to the assistance of Turenne, who was hard pressed, and took command of the whole army.

The Battle of Freiburg (August) was desperately contested, but in the end the French army won a great victory over the Bavarians and Imperialists, commanded by Franz Baron von Mercy. As after Rocroi, numerous fortresses opened their gates to the duke.

Enghien spent the next winter, as every winter during the war, amid the gaieties of Paris. The summer campaign of 1645 opened with the defeat of Turenne by Mercy at Mergentheim, but this was retrieved in the victory of Nördlingen, in which Mercy was killed, and Enghien himself received several serious wounds. The capture of Philippsburg was the most important of his other achievements during this campaign. In 1646 Enghien served under Gaston, Duke of Orléans in Flanders, and when, after the capture of Mardyck, Orléans returned to Paris, Enghien, left in command, captured Dunkirk (11 October).