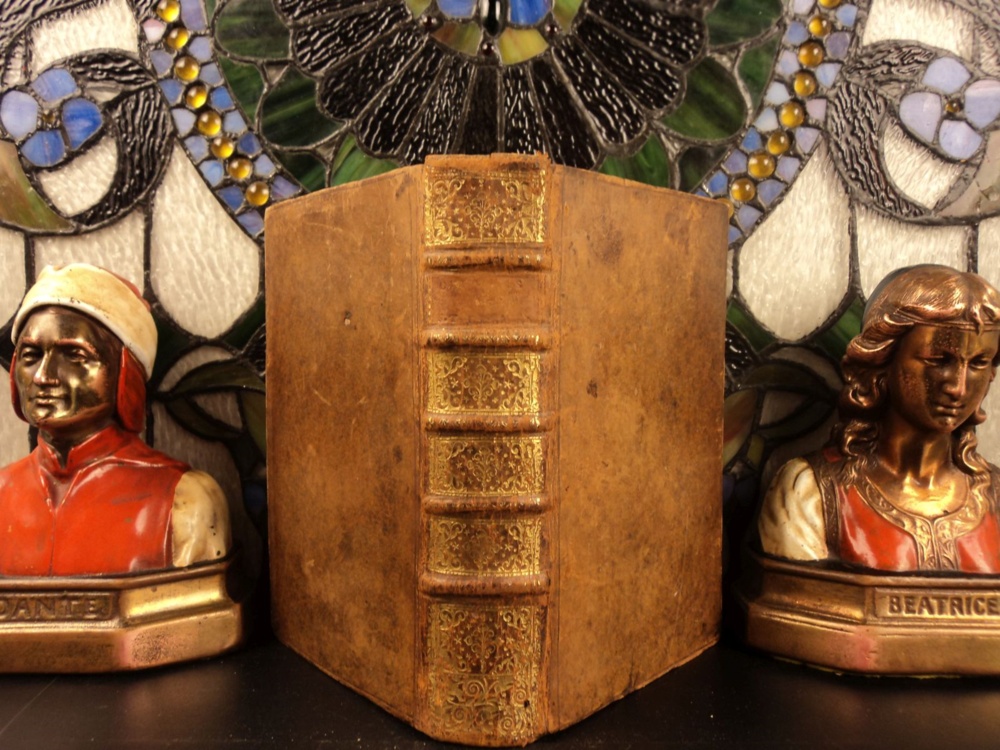 Titus Flavius Clemens (c. 150 – c. 215), known as Clement of Alexandria to distinguish him from the earlier Clement of Rome, was a Christian theologian who taught at the Catechetical School of Alexandria. A convert to Christianity, he was an educated man who was familiar with classical Greek philosophy and literature. 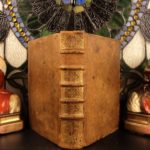 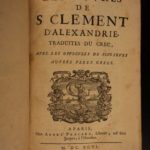 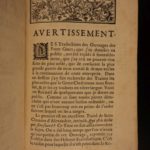 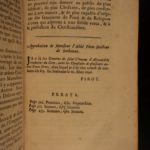 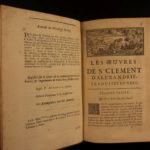 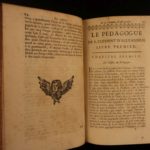 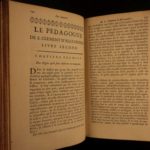 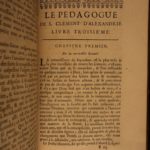 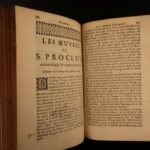 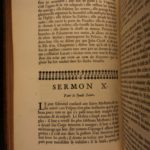 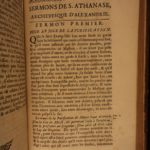 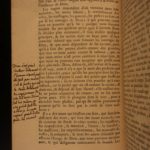 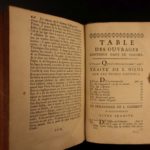 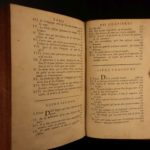 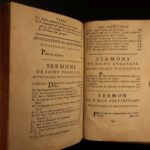 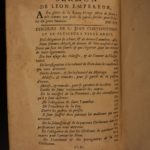 Titus Flavius Clemens (c. 150 – c. 215), known as Clement of Alexandria to distinguish him from the earlier Clement of Rome, was a Christian theologian who taught at the Catechetical School of Alexandria. A convert to Christianity, he was an educated man who was familiar with classical Greek philosophy and literature.

Pages: complete with all 626 pages; plus indexes, prefaces, and such

Titus Flavius Clemens (Greek: Κλήμης ὁ Ἀλεξανδρεύς; c. 150 – c. 215), known as Clement of Alexandria to distinguish him from the earlier Clement of Rome, was a Christian theologian who taught at the Catechetical School of Alexandria. A convert to Christianity, he was an educated man who was familiar with classical Greek philosophy and literature. As his three major works demonstrate, Clement was influenced by Hellenistic philosophy to a greater extent than any other Christian thinker of his time, and in particular by Plato and the Stoics.[1] His secret works, which exist only in fragments, suggest that he was also familiar with pre-Christian Jewish esotericism and Gnosticism. In one of his works he argued that Greek philosophy had its origin among non-Greeks, claiming that both Plato and Pythagoras were taught by Egyptian scholars.[2] Among his pupils were Origen and Alexander of Jerusalem.

Clement is regarded as a Church Father, like Origen. He is venerated as a saint in Coptic Christianity, Ethiopian Christianity and Anglicanism. He was previously revered in the Roman Catholic Church, but his name was removed from the Roman Martyrology in 1586 by Pope Sixtus V on the advice of Baronius.

Neither Clement’s birthdate or birthplace is known with any degree of certainty. It is conjectured that he was born in around 150.[3] According to Epiphanius Scholasticus, he was born in Athens, but there is also a tradition of an Alexandrian birth.

His parents were pagans, and Clement was a convert to Christianity. In the Protrepticus he displays an extensive knowledge of Greek mythology and mystery religions, which could only have arisen from the practice of his family’s religion.[3]

Having rejected paganism as a young man due to its perceived moral corruption, he travelled in Greece, Asia Minor, Palestine and Egypt. Clement’s journeys were primarily a religious undertaking. In Greece, he encountered an Ionian theologian, who has been identified as Athenagoras of Athens; while in the east, he was taught by an Assyrian, sometimes identified with Tatian, and a Jew, who was possibly Theophilus of Caesarea.[4]

In around 180, Clement reached Alexandria,[5] where he met Pantaenus, who taught at the Catechetical School of Alexandria.[6] Eusebius suggests that Pantaenus was the head of the school, but it is controversial whether the institutions of the school were formalized in this way before the time of Origen.[7][8] Clement studied under Pantaenus, and was ordained to the priesthood by Pope Julian before 189. Otherwise, virtually nothing is known of Clement’s life in Alexandria. He may have been married, a conjecture supported by his writings.[9]

During the Severian persecutions of 202–203, Clement left Alexandria. In 211, Alexander of Jerusalem wrote a letter commending him to the Church of Antioch,[10] which may imply that Clement was living in Cappadocia or Jerusalem at that time. The date and location of his death are unknown.

Three of Clement’s major works have survived in full, and they are collectively referred to as the trilogy:[11]

The Orphic mysteries are used as an example of the false cults of Greek paganism in the Protrepticus.

The Protrepticus is, as its title suggests, an exhortation to the pagans of Greece to adopt Christianity, and within it Clement demonstrates his extensive knowledge of pagan mythology and theology. It is chiefly important due to Clement’s exposition of religion as an anthropological phenomenon.[13] After a short philosophical discussion, it opens with a history of Greek religion in seven stages.[14] Clement suggests that at first, men mistakenly believed the Sun, the Moon and other heavenly bodies to be gods. The next development was the worship of the products of agriculture, from which he contends the cults of Demeter and Dionysus arose.[15] Man then paid reverence to revenge, and deified human feelings of love and fear, among others. In the following stage, the poets Hesiod and Homer attempt to enumerate the Gods; Hesiod’s Theogony giving the number of twelve. Finally, men proclaimed other men, such as Asclepius and Heracles, deities.[15] Discussing idolatry, Clement contends that the objects of primitive religion were unshaped wood and stone, and idols thus arose when such natural items were carved.[16] Following Plato, Clement is critical of all forms of visual art, suggesting that artworks are but illusions and “deadly toys”.[16]

Clement criticizes Greek paganism in the Protrepticus on the basis that its deities are both false and poor moral examples, and he attacks the mystery religions for their obscurantism and trivial rituals.[16] In particular, the worshippers of Dionysus are ridiculed for their ritual use of children’s toys.[17] He suggests at some points that the pagan deities are based on humans, but at others that they are misanthropic demons, and he cites several classical sources in support of this second hypothesis.[18] Clement, like many pre-Nicene fathers, writes favourably about Euhemerus and other rationalist philosophers, on the grounds that they at least saw the flaws in paganism. However, his greatest praise is reserved for Plato, whose apophatic views of God prefigure Christianity.[19]

The figure of Orpheus is prominent throughout the narrative, and Clement contrasts his song, representing pagan superstition, with the divine Logos of Christ.[20] According to Clement, through conversion to Christianity alone can man fully participate in the Logos, which is universal truth.[21]

Christ, the Logos incarnate, is the Paedagogus of the work’s title.

This work’s title, translatable as “tutor”, refers to Christ as the teacher of all mankind, and it features an extended metaphor of Christians as children.[22] It is not simply instructional : the author intends to show how the Christian should respond to the Love of God authentically.[23] Clement, following Plato (Republic 4:441), divides life into three elements: character, actions and passions. The first having been dealt with in the Protrepticus, he devotes the Paedagogus to reflections on Christ’s role in teaching us to act morally and to control our passions.[24] Despite its explicitly Christian nature, Clement’s work draws on Stoic philosophy and pagan literature; Homer alone is cited over sixty times in the work.[25]

Although Christ, like man, is made in the image of God, he alone shares the likeness of God the Father.[26] Christ is both sinless and apathetic, and thus by striving to imitate Christ, man can achieve salvation. To Clement, sin is involuntary, and thus irrational [αλόγον], removed only through the wisdom of the Logos.[27] God’s guidance of us away from sin is thus a manifestation of God’s universal love for mankind. The word play on λόγος and αλόγον is characteristic of Clement’s writing, and may be rooted in the Epicurean belief that relationships between words are deeply reflective of relationships between the objects they signify.[28]

Clement argues for the equality of sexes, on the grounds that salvation is extended to all of mankind equally.[29] Unusually, he suggests that Christ is neither male or female, and that God the Father has both male and female aspects: the eucharist is described as milk from the breast (Christ) of the Father.[30][31] He is supportive of women playing an active role in the leadership of the church, and provides a list of women he considers inspirational, which includes both Biblical and Classical Greek figures. It has been suggested that Clement’s progressive views on gender as set out in the Paedagogus were influenced by Gnosticism.[30] However, later in the work, he argues against the Gnostics that faith, not esoteric knowledge [γνῶσις], is required for salvation. According to Clement, it is through faith in Christ that we are enlightened and come to know God.[32]

In the second book, Clement provides practical rules on living a Christian life. He argues against overindulgence in food and in favour of good table manners.[33] While prohibiting drunkenness, he promotes the drinking of alcohol in moderation following 1 Timothy 5:23.[33] Clement argues for a simple way of life in accordance with the innate simplicity of Christian monotheism. He condemns elaborate and expensive furnishings and clothing, and argues against overly passionate music and perfumes. But Clement does not believe in the abandoning of worldly pleasures and argues that the Christian should be able to express his joy in God’s creation through gaiety and partying.[34] He opposes the wearing of garlands, because the picking of the flowers ultimately kills a beautiful creation of God, and the garland resembles the crown of thorns.[35] Clement treats sex at some length. He argues that both promiscuity and sexual abstinence are unnatural, and that the main goal of human sexuality is procreation.[36] Homosexuality, prostitution, concubinage, adultery and coitus with pregnant women should all be avoided as they will not act towards the generation of legitimate offspring.[37]

The third book continues along a similar vein, condemning cosmetics on the grounds that it is our souls, not our bodies, that we should seek to beautify.[38] Clement also opposes the dyeing of men’s hair and male depilation as effeminacy. He advises choosing one’s company carefully, to avoid being corrupted by immoral people, and while arguing that material wealth is no sin in itself, it is too likely to distract one from the infinitely more important spiritual wealth which is found in Christ.[39] The work finishes with selections of scripture supporting Clement’s argument, and following a prayer, the lyrics of a hymn.