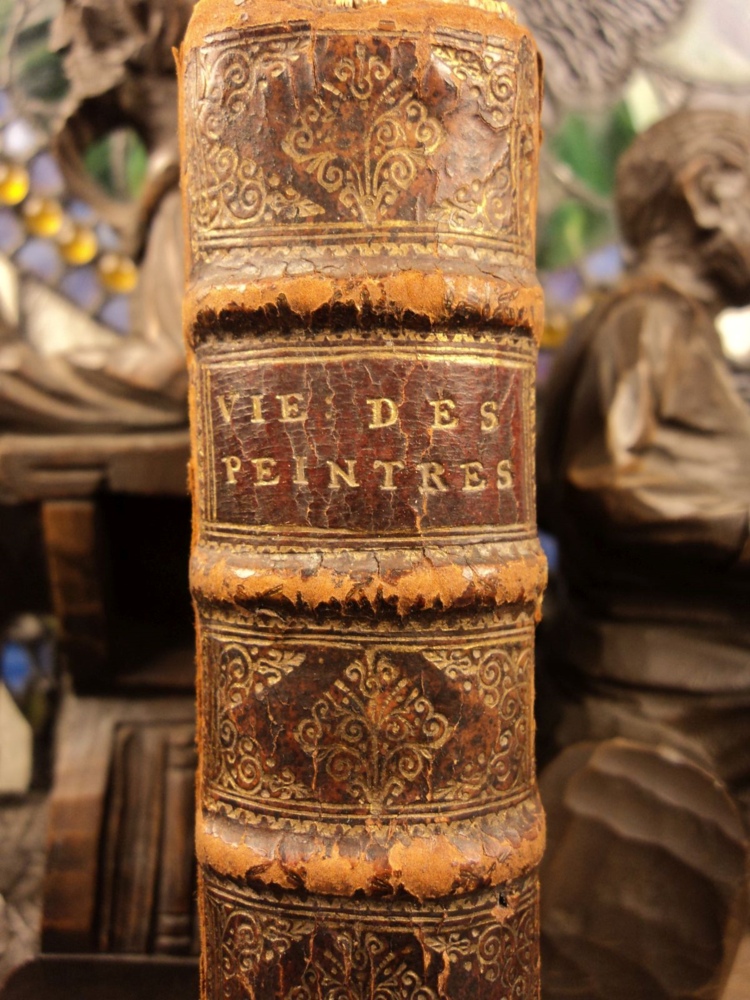 A fine late 17th-century work on the life of famous painters and artists. 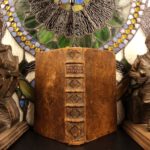 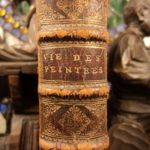 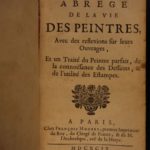 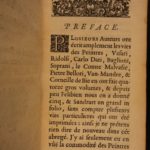 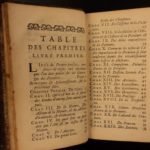 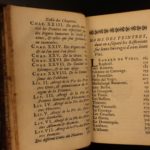 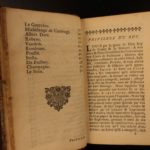 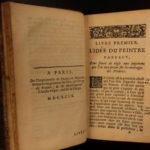 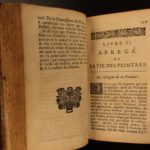 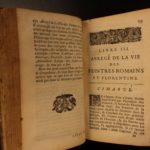 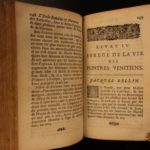 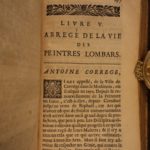 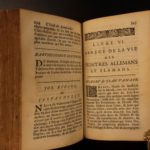 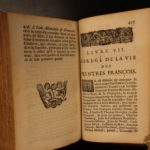 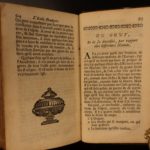 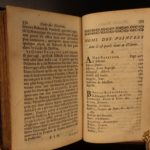 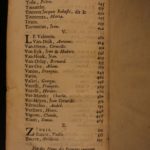 A fine late 17th-century work on the life of famous painters and artists.

Pages: complete with all 540 pages; plus indexes, prefaces, and such

Born in Clamecy, Roger de Piles studied philosophy and theology, and devoted himself to painting.

In 1662 he became tutor to Michel Amelot de Gournay, whom he was to follow throughout his life, acting as secretary to his various missions as French ambassador to Venice, Portugal, Spain.

He also acquired a taste for political intrigue using his travels ostensibly undertaken to study the European collections, as a buyer for Louis XIV, as cover for confidential missions – for example in Germany and Austria (1685) on behalf of Louis’ minister, the marquis de Louvois.

He was not always fortunate as a spy. In 1692, during the War of the League of Augsburg, he was arrested in the Hague carrying a false passport and imprisoned for the next five years. He spent his time writing L’Abrégé de la vie des peintres …avec un traité du peintre parfait.[1] published in 1699 following his appointement as Conseiller Honoraire to the Académie de peinture et de sculpture.

In 1705 he followed Amelot de Gournay to Spain but illness forced him to return to Paris, where he died in 1709.

His important contribution to aesthetic theory rests on his Dialogue sur le coloris (“Dialogue on colours”), in which he initiated his famous defence of Rubens in the argument started in 1671 by Philippe de Champaigne on the relative merits of drawing and color in the work of Titian (in a lecture to the Académie de peinture et de sculpture on Titian’s Virgin and Child with St John.)

The argument is most fascinating as an early debate on classic vs modern in painting; in essence on the mathematics of proportion and perspective in drawing—the classic approach— as opposed to the colored brush stroke—the approach of the moderns. In his detailed study of the argument, Roger de Piles et les débats sur le coloris au siècle de Louis XIV (1965), B. Teyssèdre gives a touching account of the bohème of the “modern” réfusés in seventeenth century Paris, a history that was to repeat itself with the Impressionists.

In the course of the argument Roger de Piles introduced the term “clair-obscur” (Chiaroscuro) to highlight the effect of color in accentuating the tension between light and dark in a painting.

To his last published work: Cours de peinture par principes avec un balance de peintres (1708) de Piles appended a list of fifty-six major painters in his own time, with whose work he had acquainted himself as a connoisseur during his travels.

To each painter in the list he gave marks from 0 to 18 for composition, drawing, color and expression. This gave an overview of aesthetic appreciation hinging on the balance between color and design. The highest marks went to Raffaello Sanzio and Rubens, with a slight bias on color for Rubens, a slight bias on drawing for Raphaël. Painters who scored very badly in anything but color were Giovanni Bellini, Giorgione and remarkably Michelangelo Caravaggio with 16 on color and 0 (zero) on expression. Painters who fell far behind Rubens and Raphaël but whose balance between color and design was perfect were Lucas van Leyden, Sebastian Bourdon, Albrecht Dürer.