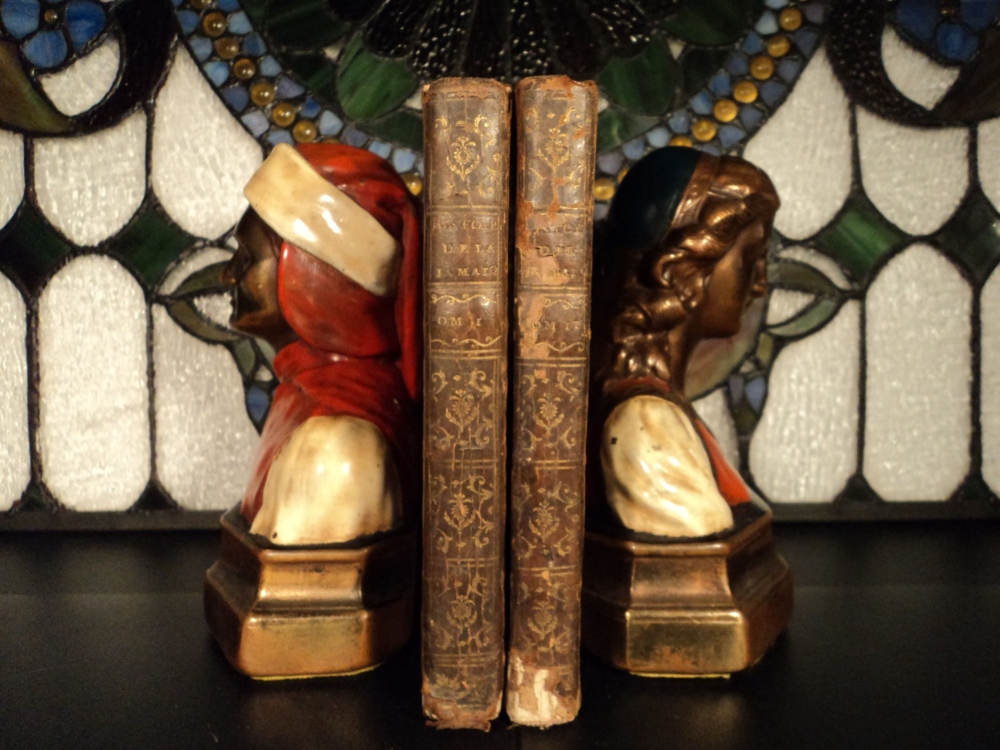 Sir Hans Sloane (1660 – 1753) was a British physician and collector of Irish birth, notable for bequeathing his collection to the nation, thus providing the foundation of the British Museum. In 1687, he became a fellow of the College of Physicians, and the same year went to Jamaica aboard HMS Assistance as physician in the suite of the new Governor of Jamaica, the Duke of Albemarle.

We find other examples of this same set for sale elsewhere for as much as $2,000! 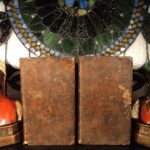 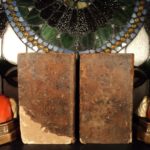 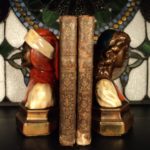 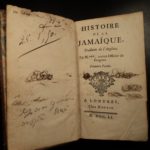 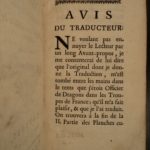 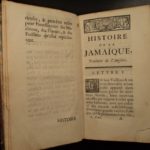 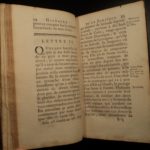 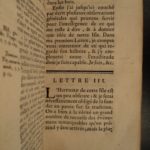 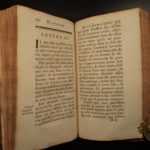 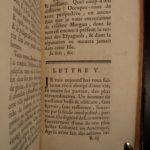 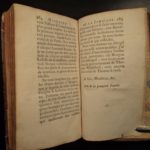 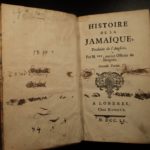 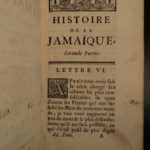 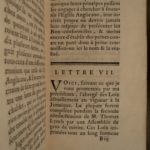 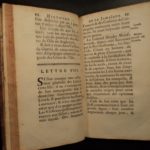 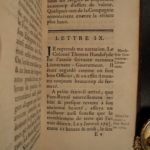 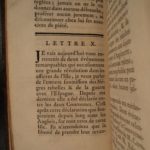 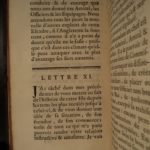 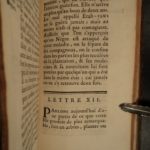 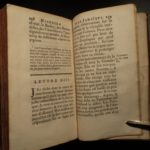 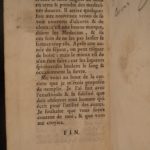 Sir Hans Sloane (1660 – 1753) was a British physician and collector of Irish birth, notable for bequeathing his collection to the nation, thus providing the foundation of the British Museum. In 1687, he became a fellow of the College of Physicians, and the same year went to Jamaica aboard HMS Assistance as physician in the suite of the new Governor of Jamaica, the Duke of Albemarle.

We find other examples of this same set for sale elsewhere for as much as $2,000!

Sir Hans Sloane, 1st Baronet, PRS (16 April 1660 – 11 January 1753) was a British physician and collector of Irish birth, notable for bequeathing his collection to the nation, thus providing the foundation of the British Museum. He gave his name to streets such as Hans Crescent and Sloane Square in London, and also to Sir Hans Sloane Square in his birthplace, Killyleagh.[2][3][4][5][6][7][8]

4 Gifts: the British Museum and the Chelsea Physic Garden

Sloane was born on 16 April 1660 at Killyleagh in County Down, Ireland. He was the seventh son of Alexander Sloane (died 1666), agent for James Hamilton, second Viscount Claneboye and later first Earl of Clanbrassil. Sloane’s family had migrated from Scotland, but settled in the north of Ireland under James I. His father died when he was six years old.

As a youth, Sloane collected objects of natural history and other curiosities. This led him to the study of medicine, which he went to London to pursue, directing his attention to botany, materia medica, and pharmacy. His collecting habits made him useful to John Ray and Robert Boyle. After four years in London he travelled through France, spending some time at Paris and Montpellier, and stayed long enough at the University of Orange-Nassau[1] to take his MD degree there in 1683. He returned to London with a considerable collection of plants and other curiosities, of which the former were sent to Ray and utilised by him for his History of Plants.

Sloane was elected to the Royal Society in 1685.[9] At the same time attracted the notice of Thomas Sydenham, who gave him valuable introductions to practice. In 1687, he became a fellow of the College of Physicians, and the same year went to Jamaica aboard HMS Assistance as physician in the suite of the new Governor of Jamaica, the Duke of Albemarle.[9] However, Albemarle died in Jamaica the next year, so that Sloane’s visit lasted only fifteen months; during that time he noted about 800 new species of plants, which he catalogued in Latin in 1696; he later (1707–1725) made the experiences of his visit the subject of two folio volumes.[9] He became secretary to the Royal Society in 1693, and edited the Philosophical Transactions of the Royal Society for twenty years.

Sloane married Elisabeth Langley, the widow of Fulke Rose of Jamaica, and daughter of alderman John Langley. They had three daughters, Mary, Sarah and Elizabeth.[10] They also had one son, Hans. Of the four children only Sarah and Elizabeth survived infancy. Sarah married George Stanley of Paultons and Elizabeth married Charles Cadogan, the future Second Baron Cadogan.[11]

Sloane encountered cocoa while he was in Jamaica, where the locals drank it mixed with water, and he is reported to have found it nauseating.[12] However, he devised a means of mixing it with milk to make it more pleasant. When he returned to England, he brought his chocolate recipe back with him. Initially, it was manufactured and sold by apothecaries as a medicine; though, by the nineteenth century, the Cadbury Brothers sold tins of Sloane’s drinking chocolate.

His practice as a physician among the upper classes was large, fashionable and lucrative. He served three successive sovereigns, Queen Anne, George I and George II. In the pamphlets written concerning the sale by Dr William Cockburn (1669–1739) of his secret remedy for dysentery and other fluxes, it was stated for the defence that Sloane himself did not disdain the same kind of professional conduct; and some colour is given to that charge by the fact that his only medical publication, an Account of a Medicine for Soreness, Weakness and other Distempers of the Eyes (London, 1745) was not given to the world until its author was in his eighty-fifth year and had retired from practice.

In 1716, Sloane was created a baronet, making him the first medical practitioner to receive a hereditary title. In 1719 he became president of the Royal College of Physicians, holding the office for sixteen years. In 1722, he was appointed physician-general to the army, and in 1727 first physician to George II. In 1727 he succeeded Sir Isaac Newton as president of the Royal Society; he retired from it at the age of eighty. He was a founding governor of London’s Foundling Hospital, the nation’s first institution to care for abandoned children.

Gifts: the British Museum and the Chelsea Physic Garden[edit]

Sloane’s fame is based on his judicious investments rather than what he contributed to the subject of natural science or even of his own profession. His purchase of the manor of Chelsea, London in 1712, provided the grounds for the Chelsea Physic Garden. His great stroke as a collector was to acquire in 1701 (by bequest, conditional on paying of certain debts) the cabinet of William Courten, who had made collecting the business of his life.

When Sloane retired in 1741, his library and cabinet of curiosities, which he took with him from Bloomsbury to his house in Chelsea, had grown to be of unique value. He had acquired the extensive natural history collections of William Courten, Cardinal Filippo Antonio Gualterio, James Petiver, Nehemiah Grew, Leonard Plukenet, the Duchess of Beaufort, the rev. Adam Buddle, Paul Hermann, Franz Kiggelaer and Herman Boerhaave. On his death on 11 January 1753 he bequeathed[1] his books, manuscripts, prints, drawings, flora, fauna, medals, coins, seals, cameos and other curiosities to the nation, on condition that parliament should pay his executors £20,000, far less than the value of the collection. The bequest was accepted on those terms by an act passed the same year, and the collection, together with George II’s royal library, etc., was opened to the public at Bloomsbury as the British Museum in 1759. A significant proportion of this collection was later to become the foundation for the Natural History Museum.

He also gave the Apothecaries’ Company the land of the Chelsea physic garden, which they had rented from the Chelsea estate since 1673.