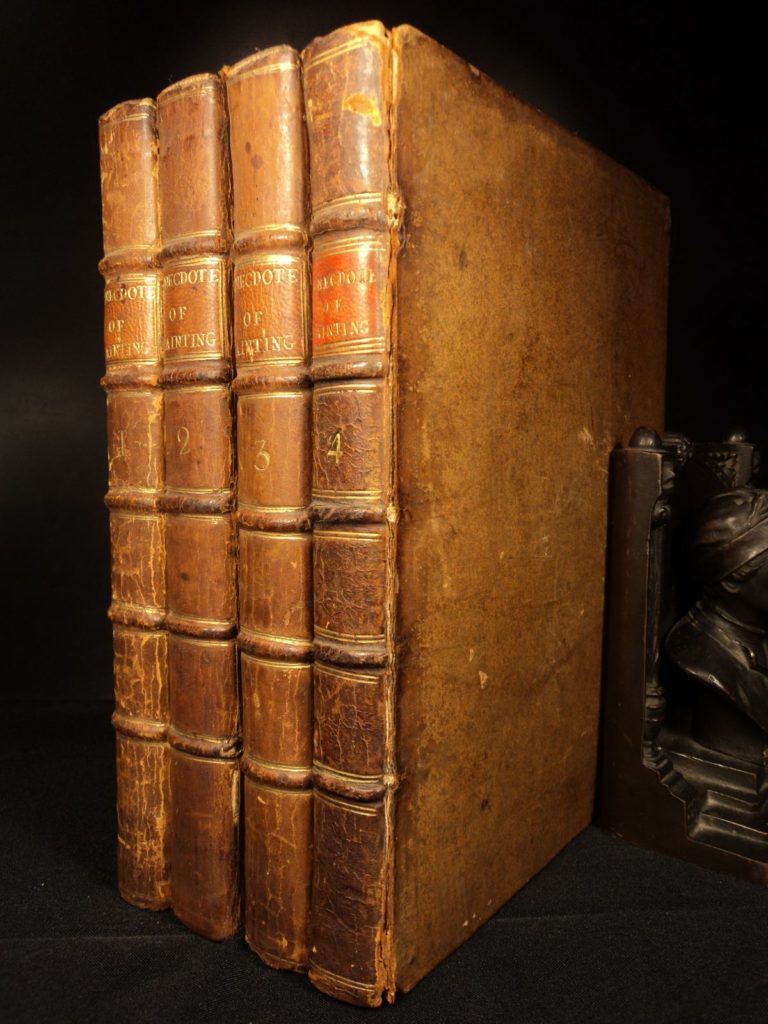 A fascinating and beautiful set of Anecdotes of Painting in England by Horace Walpole filled with over 100 engravings!

Horatio Walpole, 4th Earl of Orford (1717 – 1797) — also known as Horace Walpole — was an English art historian, man of letters, antiquarian and Whig politician. He had Strawberry Hill House built in Twickenham, south-west London, reviving the Gothic style some decades before his Victorian successors. His literary reputation rests on his Gothic novel, The Castle of Otranto (1764) and his Letters, which are of significant social and political interest. 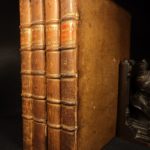 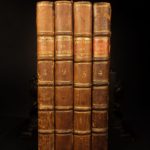 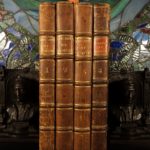 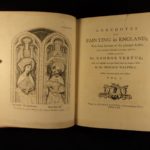 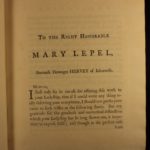 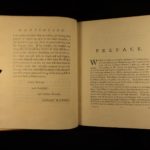 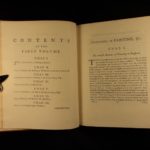 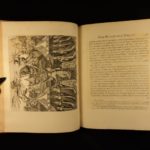 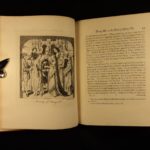 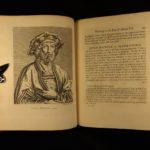 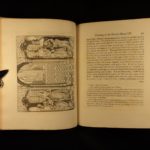 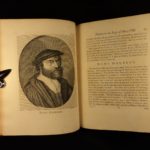 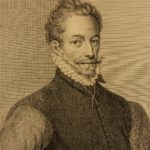 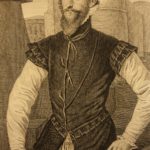 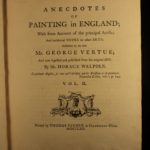 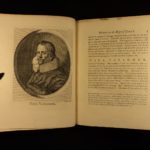 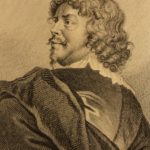 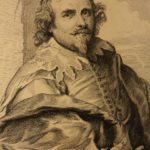 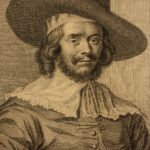 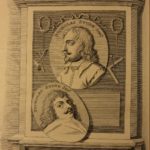 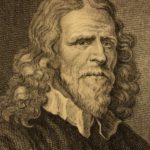 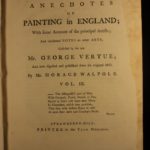 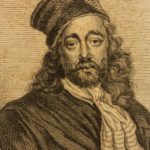 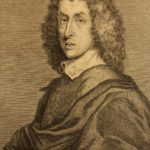 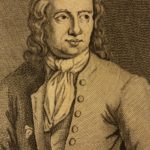 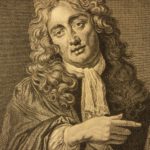 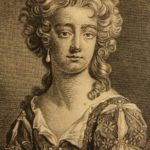 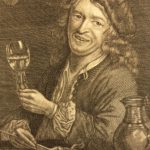 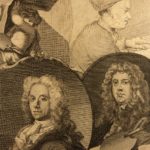 A fascinating and beautiful set of Anecdotes of Painting in England by Horace Walpole filled with over 100 engravings!

Horatio Walpole, 4th Earl of Orford (1717 – 1797) — also known as Horace Walpole — was an English art historian, man of letters, antiquarian and Whig politician. He had Strawberry Hill House built in Twickenham, south-west London, reviving the Gothic style some decades before his Victorian successors. His literary reputation rests on his Gothic novel, The Castle of Otranto (1764) and his Letters, which are of significant social and political interest.

Title: Anecdotes of painting in England : with some account of the principal artists ; and incidental notes on other arts ; collected by the late Mr. George Vertue ; and now digested and published from his original MSS. By Mr. Horace Walpole.

He had Strawberry Hill House built in Twickenham, south-west London, reviving the Gothic style some decades before his Victorian successors. His literary reputation rests on his Gothic novel, The Castle of Otranto (1764) and his Letters, which are of significant social and political interest.

He was the son of the first British Prime Minister Sir Robert Walpole. As he was childless, his barony descended to his cousin of the same surname, who was created the new Earl of Orford.

Walpole was born in London, the youngest son of British Prime Minister Sir Robert Walpole and his wife Catherine. Like his father, he received early education in Bexley;[2] he was also educated at Eton College and King’s College, Cambridge.[3]

Walpole’s first friends were probably his cousins Francis and Henry Conway, to whom Walpole became strongly attached, especially Henry.[4]:34 At Eton he formed with Charles Lyttelton and George Montagu the “Triumvirate”, a schoolboy confederacy. More important were another group of friends dubbed the “Quadruple Alliance”: Walpole, Thomas Gray, Richard West and Thomas Ashton.[4]:35

At Cambridge Walpole came under the influence of Conyers Middleton, an unorthodox theologian. Walpole came to accept the sceptical nature of Middleton’s attitude to some essential Christian doctrines for the rest of his life, including a hatred of superstition and bigotry.[4]:48 Walpole ceased to reside at Cambridge at the end of 1738 and left without taking a degree.[4]:49

In 1737 Walpole’s mother died. According to one biographer his love for his mother “was the most powerful emotion of his entire life…the whole of his psychological history was dominated by it”.[4]:44 Walpole did not have any serious relationships with women; he has been called “a natural celibate”.[4]:47 Walpole’s sexual orientation has been the subject of speculation. He never married, engaging in a succession of unconsummated flirtations with unmarriageable women, and counted among his close friends a number of women such as Anne Seymour Damer and Mary Berry named by a number of sources as lesbian.[5] Many contemporaries described him as effeminate (one political opponent called him “a hermaphrodite horse”).[1] Biographers such as Timothy Mowl[6] explore his possible homosexuality, including a passionate but ultimately unhappy love affair with the 9th Earl of Lincoln. Some previous biographers such as Lewis, Fothergill, and Robert Wyndham Ketton-Cremer, however, have interpreted Walpole as asexual.[7]

Walpole’s father secured for him three sinecures which afforded him an income: in 1737 he was appointed Inspector of the Imports and Exports in the Custom House, which he resigned to become Usher of the Exchequer, which gave him at first £3900 per annum but this increased over the years.[4]:49,98 Upon coming of age he became Comptroller of the Pipe and Clerk of the Estreats which gave him an income of £300 per annum.[4]:49,98 Walpole decided to go travelling with Thomas Gray and wrote a will whereby he left Gray all his belongings.[4]:49 In 1744 Walpole wrote in a letter to Conway that these offices gave him nearly £2,000 per annum; after 1745 when he was appointed Collectorship of Customs, his total income from these offices was around £3,400 per annum.[4]:98

Walpole by Rosalba Carriera, circa 1741.

Walpole went on the Grand Tour with Gray, but as Walpole recalled in later life: “We had not got to Calais before Gray was dissatisfied, for I was a boy, and he, though infinitely more a man, was not enough to make allowances”.[4]:50 They left Dover on 29 March and arrived at Calais later that day. They then travelled through Boulogne, Amiens and Saint-Denis, arriving at Paris on 4 April. Here they met many aristocratic Englishmen.[4]:51 In early June they left Paris for Rheims, then in September going to Dijon, Lyons, Dauphiné, Savoy, Aix-les-Bains, Geneva, and then back to Lyons.[citation needed]

In October they left for Italy, arriving in Turin in November, then going to Genoa, Piacenza, Parma, Reggio, Modena, Bologna, and in December arriving at Florence. Here he struck up a friendship with Horace Mann, an assistant to the British Minister at the Court of Tuscany[4]:53seq and wrote Epistle from Florence to Thomas Ashton, Esq., Tutor to the Earl of Plymouth, a mixture of Whig history and Middleton’s teachings.[4]:60seq In February 1740 Walpole and Gray left for Rome with the intention of witnessing the papal conclave upon the death of Pope Clement XII (which they never did see).[4]:61 Walpole wanted to attend fashionable parties and Gray wanted to visit all the antiquities. At social occasions in Rome he saw the Old Pretender James Francis Edward Stuart and his two sons, Charles Edward Stuart and Henry Stuart, although there is no record of them conversing.[4]:62

Walpole and Gray returned to Florence in July. However, Gray disliked the idleness of Florence as compared to the educational pursuits in Rome, and an animosity grew between them, eventually leading to an end to their friendship.[4]:68seq On their way back to England they had a furious argument, although it is unknown what it was about. Gray went to Venice, leaving Walpole at Reggio.[4]:72–73 In later life Walpole admitted that the fault lay primarily with himself: “I was too young, too fond of my own diversions, nay, I do not doubt, too much intoxicated by indulgence, vanity, and the insolence of my situation, as a Prime Minister’s son, not to have been inattentive and insensible to the feelings of one I thought below me; of one, I blush to say it, that I knew was obliged to me; of one whom presumption and folly perhaps made me deem not my superior then in parts, though I have since felt my infinite inferiority to him”.[4]:71

At the 1741 general election Walpole was elected Whig Member of Parliament for Callington, Cornwall. He held this seat for thirteen years, although he never visited Callington.[4]:80 Walpole entered Parliament shortly before his father’s fall from power: in December 1741 the Opposition won its first majority vote in the Commons for twenty years. In January 1742 Walpole’s government was still struggling in Parliament although by the end of the month Horace and other family members had successfully urged the Prime Minister to resign after a parliamentary defeat.[4]:82

Walpole delivered his maiden speech on 19 March against the successful motion that a Secret Committee be set up to enquire into Sir Robert Walpole’s last ten years as Prime Minister. For the next three years Walpole spent most of his time with his father at his country house Houghton Hall in Norfolk.[4]:84 His father died in 1745 and left Walpole the remainder of the lease of his house in Arlington Street, London; £5,000 in cash; and the office of Collector of the Customs (worth £1,000 per annum). However he had died in debt, the total of which was in between £40,000 and £50,000.[4]:97

In late 1745 Walpole and Gray resumed their friendship.[4]:100–101 Also that year the Jacobite Rising began. The position of Walpole was the fruit of his father’s support for the Hanoverian dynasty and he knew he was in danger, saying: “Now comes the Pretender’s boy, and promises all my comfortable apartments in the Exchequer and Custom House to some forlorn Irish peer, who chooses to remove his pride and poverty out of some large old unfurnished gallery at St. Germain’s. Why really, Mr. Montagu, this is not pleasant! I shall wonderfully dislike being a loyal sufferer in a threadbare coat, and shivering in an antechamber at Hanover, or reduced to teach Latin and English to the young princes at Copenhagen”.[4]:102

Walpole’s lasting architectural creation is Strawberry Hill, the home he built in Twickenham, south west of London, which at the time overlooked the Thames. Here he revived the Gothic style many decades before his Victorian successors. This fanciful neo-Gothic concoction began a new architectural trend