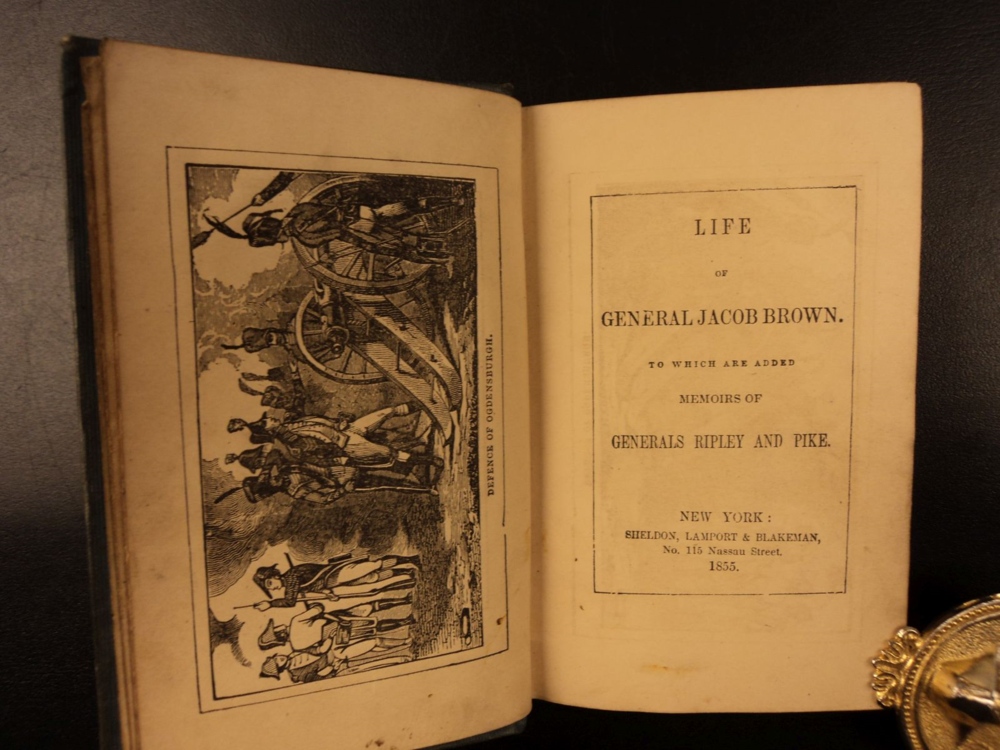 Jacob Jennings Brown (1775 – 1828) was an American army officer in the War of 1812. His successes on the northern border during that war made him a hero. In 1821, he was appointed Commanding General of the United States Army and held that post until his death.

Albert Pike (1809 – 1891) was an attorney, soldier, writer, and Freemason. Albert Pike is the only Confederate military officer with an outdoor statue in Washington, D.C.

Eleazer Wheelock Ripley (1782 – 1839) was an American soldier and politician. He fought in the War of 1812, eventually rising to the rank of brigadier general, and later served as a U.S. Representative from Louisiana, from 1835 until 1839. 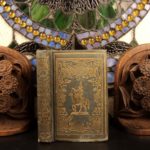 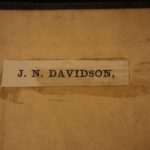 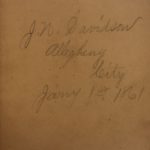 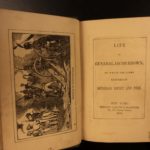 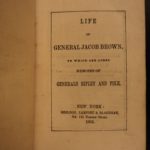 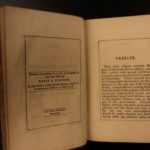 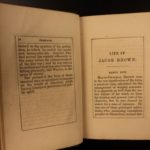 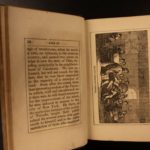 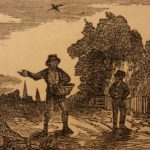 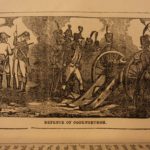 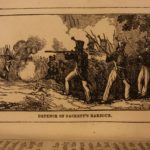 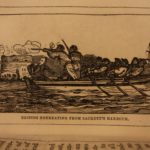 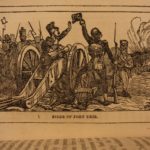 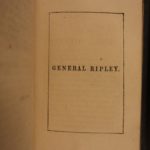 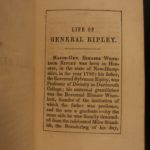 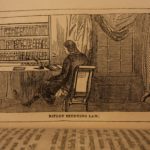 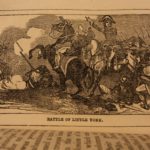 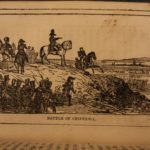 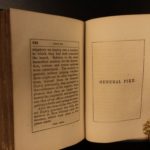 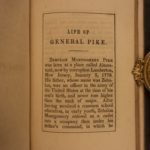 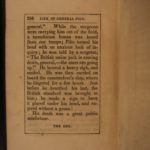 Jacob Jennings Brown (1775 – 1828) was an American army officer in the War of 1812. His successes on the northern border during that war made him a hero. In 1821, he was appointed Commanding General of the United States Army and held that post until his death.

Albert Pike (1809 – 1891) was an attorney, soldier, writer, and Freemason. Albert Pike is the only Confederate military officer with an outdoor statue in Washington, D.C.

Eleazer Wheelock Ripley (1782 – 1839) was an American soldier and politician. He fought in the War of 1812, eventually rising to the rank of brigadier general, and later served as a U.S. Representative from Louisiana, from 1835 until 1839.

Title: Life of General Jacob Brown. To which are added memoirs of Generals Ripley and Pike.

Pages: complete with all 256 pages; plus indexes, prefaces, and such

Jacob Jennings Brown (9 May 1775 – 24 February 1828)[1] was an American army officer in the War of 1812. His successes on the northern border during that war made him a hero. In 1821, he was appointed Commanding General of the United States Army and held that post until his death.

Born in Bucks County, Pennsylvania, Jacob Jennings Brown was the son of Samuel and Abi (White) Brown. His middle name was given to him in honor of his paternal grandmother who was a descendant of Samuel Jennings, the latter having been a deputy governor of West Jersey and later receiver general of Pennsylvania in the early 18th century.[1]

Raised a Quaker, Brown graduated from the University of Pennsylvania in 1790. He taught school and, in 1798, moved to upstate New York. There he was a pioneer settler and landowner in the Black River country and helped open the area up for further settlement. He and his extended family established mills and a store, laid out roads and improved navigation on the lower Black River.[1]

One biographer claimed that Brown received his earliest military training when he was a military secretary to Alexander Hamilton during the winter of 1798-99, while Hamilton was organizing the U.S. Army for possible war with France. However, Hamilton’s biographies state he did not have a secretary. Biographical sketches of Brown published in 1815 do not mention a connection between him and Hamilton.[1]

In 1807, as one of the leading citizens of his county, Brown was commissioned as a captain in the 108th regiment of the New York Militia. Two years later, he was promoted to colonel. His initial commission was the result of regional political connections. However, his promotion to higher rank appears to have resulted from his aversion to frequent and expensive military parades in times of peace. On the frontier, it was time-consuming and expensive for scattered members of the militia to assemble for drill or other activities when they had farming and other occupations that demanded their time.[1]

When the War of 1812 began, Brown was a brigadier general in the New York militia, having been appointed to that rank in 1811. Though he opposed the war, he organized the defenses in the Great Lakes region. On 29 May 1813, troops led by Brown defeated the British at the Battle of Sackett’s Harbor. As a result of his actions there, he was given a commission as a brigadier general in the regular army.[1] The next year his army captured Fort Erie in Ontario. After, his army defeated a British army at the Battle of Chippawa. He was wounded twice at the Battle of Lundy’s Lane, one of the bloodiest engagements of the war for both sides. His last battle of the war was the Siege of Fort Erie in 1814, which resulted in an American victory. His successes, in what was the northwest U.S. at that time, made him a national hero. To express its appreciation, Congress authorized the award to Brown of a Congressional Gold Medal on 3 November 1814. General Brown was the 24th American to receive the Congressional Gold Medal.[1]

In 1818, Brown was admitted as an honorary member of the New York Society of the Cincinnati.

After the war, the U.S. Army was reduced in size. By 1821, he was the only major general in the service and President James Monroe made him commanding general. Despite a stroke he suffered in 1821, he functioned well in his new post. He reorganized the army staff into the form it retained for the rest of the century. He advised the secretaries of war and the presidents on military policy. He also pushed for the establishment of two post-graduate schools for the military, the precursors of present-day staff and command colleges.[1] Another first was his creation in 1822 of the General Recruiting Service as the first organization responsible for providing manpower for the Army.[2]

On 24 February 1828, General Brown died and was buried in the Congressional Cemetery in Washington, D.C.

General Brown was so well respected that when he died, and his casket was carried down Pennsylvania Avenue on the shoulders of a detachment of U.S. Marines, the entire government shut down for the funeral. His mile-long funeral procession was composed of family, military detachments and government officials. Then President John Quincy Adams said of him:

General Brown was one of the eminent men of this age and nation. Through bred a Quaker, he was a man of lofty and martial spirit, and in the late war contributed perhaps more than any man to redeem and establish the military character of his country.[1]

Brown’s first-born son, Gouverneur, drowned in an ice-skating accident at the age of twelve.[1] Two of General Brown’s sons, Jacob (class of 1832) and William Spencer (class of 1835), graduated from West Point. Jacob resigned after four years service in the army, and William resigned after only six months, both of them dying young. Brown’s fourth son, Nathan William, did not attend the academy but had a successful military career. In 1849, at age thirty-one, Nathan was appointed a major. In 1864, during the Civil War, he was promoted to lieutenant colonel and served as deputy paymaster general. He became a brigadier general and paymaster general in 1880 and retired in 1882 after 33 years in the army.

Katherine married Larkin Smith, a West Point classmate of her brother William. In 1861, Smith resigned his army commission to serve as assistant quartermaster general of the Confederate army. Pamela’s husband, David Hammond Vinton, served in the same post during the Civil War, but on the Union side.[1] Eliza married Edmund Kirby, a colonel in the Mexican-American War, and a U.S. Army Paymaster. Their son Edmund also attended West Point, graduated in 1861 and was commissioned as an artillery officer. He served with the Army of the Potomac from First Bull Run through Chancellorsville, where he was severely wounded. Nominated for brigadier general by President Lincoln, he died before the Senate could confirm the promotion. He was only 23 years of age.

The following counties, townships, and towns were named after Jacob Jennings Brown: