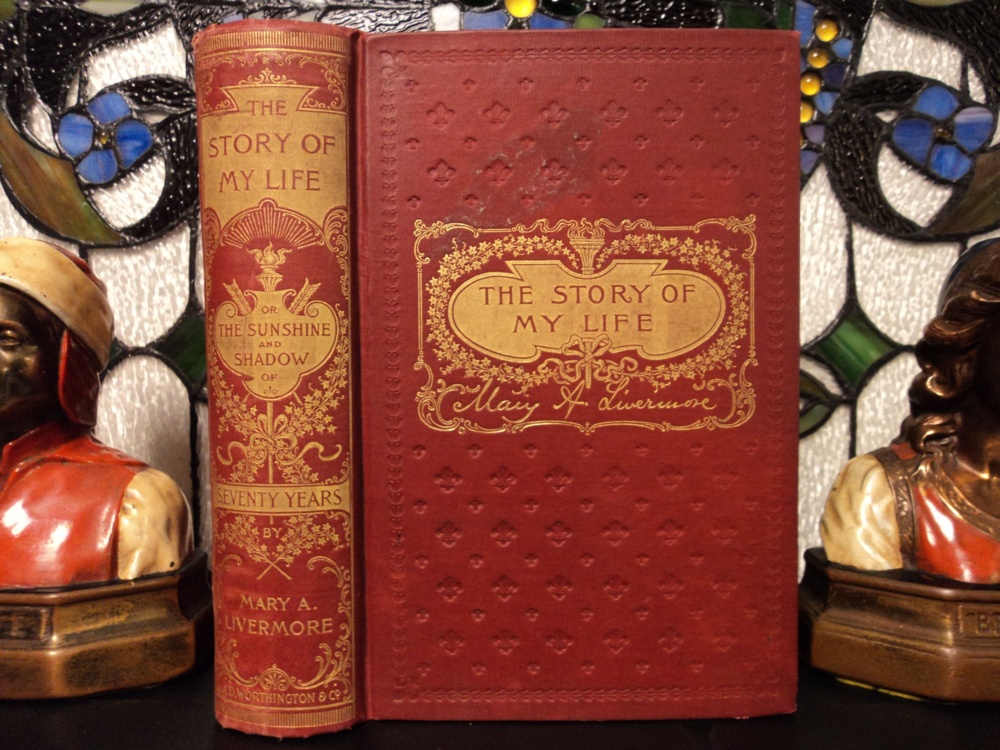 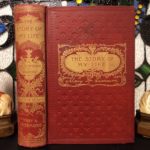 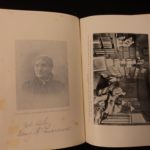 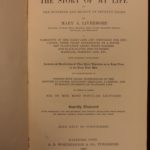 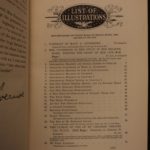 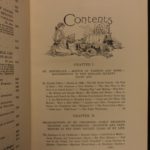 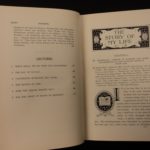 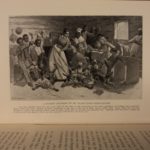 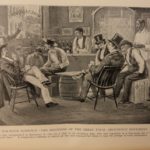 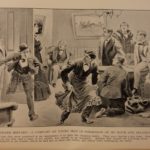 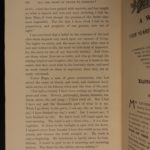 Title: The story of my life: or, The sunshine and shadow of seventy years

Pages: complete with all 730 pages; plus indexes, prefaces and such

3 The writings of Mary Livermore

Mary Ashton Rice was born in Boston, Massachusetts on December 19, 1820 to Timothy Rice and Zebiah Vose (Ashton) Rice.[1][2] She was a direct descendant of Edmund Rice an early Puritan immigrant to Massachusetts Bay Colony.[1] She attended school at an all-female seminary in Charlestown, Massachusetts, and read the entire bible every year until the age of 23. She graduated from the seminary in 1836, but stayed there as a teacher for two years. In 1839, she started a job as a tutor on a Virginia plantation, and after witnessing the cruel institution of slavery, she became an abolitionist. In 1842, she left the plantation to take charge of a private school in Duxbury, Massachusetts, where she worked for three years.

She married Daniel P. Livermore, a Universalist minister in May 1845,[2] and in 1857, they moved to Chicago. She published a collection of nineteen essays entitled Pen Pictures in 1863. As a member of the Republican party, Livermore campaigned for Abraham Lincoln in the 1860 presidential election.

During the Civil War, she volunteered as an associate member of the United States Sanitary Commission. As agent of its Northwestern branch, she attended a council of the national sanitary commission at Washington in December 1862, organized many aid societies, visited army posts and hospitals, and in 1863, organized the North-western Sanitary Fair in Chicago which raised $86,000. President Lincoln donated his own copy of the Emancipation Proclamation, which was auctioned off at $10,000.

After the war she devoted herself to the promotion of women’s suffrage (along with Lucy Stone and Julia Ward Howe ) and the temperance movement, founding in Chicago in 1869 The Agitator, which in 1870, after she moved to Boston, was merged into the Woman’s Journal, of which she was an associate editor until 1872.[3]

Like many Universalists of the time, she was interested in spiritualism, and following her husband’s death in 1899, she became convinced that he had communicated with her through a medium. Livermore died in Melrose, Massachusetts.